Feel free to grab music that is download-enabled,
for personal enjoyment only. Please do not distribute or post online.

June 2019: Came across this free loop yesterday and created this somewhat repetitive ambient track around it as a test. Who doesn't love the sound of a didgeridoo?! Special thanks to Planetjazzbass for the excellent loop.  Didgi v0.3

Updated May 14 ⇢ July 26, 2018 ··· A short proof-of-concept created in April 2018. Unfinished: needs arrangement, B/C sections, bridges, etc. Testing wah on solo guitars. • Inspired by an instrumental jam played live by Bobby Caldwell's band as the singer sat on a tall stool basking in the groove*. That night the band featured saxophonist Andrew Neu. Video clip is Bobby's classic hit and includes footage of Neu (instrumental jam not in this video). Title is a reference to the James Gang's Funk #48 (1969) and Funk #49 (1970).

updated July 16, 2018 ··· A repetitive ("lazy layering" technique) orphan chorus created on Sunday July 8. Remixed and cleaned up 1 week later. I put this on hold when I realized it was too similar in feel to the chorus in Riptide. There's still good stuff here so I'll rework it someday.

April 18, 2018  A fun headbanger. This proof-of-concept could be developed further; perhaps add a guitar solo? Vocals (now slightly muted) added because: Track was repurposed for a Pro Wrestling theme song

Updated May 23, 2018. Originally recorded on 15 March as "Synths Test" while learning LPX.

Recorded April 18, 2018, added to this page the following day ··· Composed more than 20 years ago for my old friend Tim in York, UK and written in Bedford, MA on grandmother's baby grand piano. The basic idea and chord progression were captured on old-school cassette recorder on April 9, 1996. Barely 40% complete, this employed "lazy layering"* to create a rough demo for quick evaluation of a decades-old idea.

*Lazy Layering is duplicating a piano, synth, or other keyboard track to add a new keyboard part instead of playing the new part live. It's a quick-and-dirty method of building up layers so the music can be evaluated and critiqued immediately. Lazy tracks must be re-recorded later to retain a human feel.

April 13, 2018  First test live mic-ing guitar (for now guitars mostly recorded direct). My Line6 M13 was having technical issues so I used a Zenkudo (set to Dumble of course ;-) to get the tone and played a 335. Earlier in the day I had listened to Russian virtuoso Andrey Korolev playing a sweet root-to-relative-minor thing, so this simple, repetitive throwaway also began with similar chord changes. It highlights the guitar melody in a tribute to Mr. Carlton, a favorite guitarist. 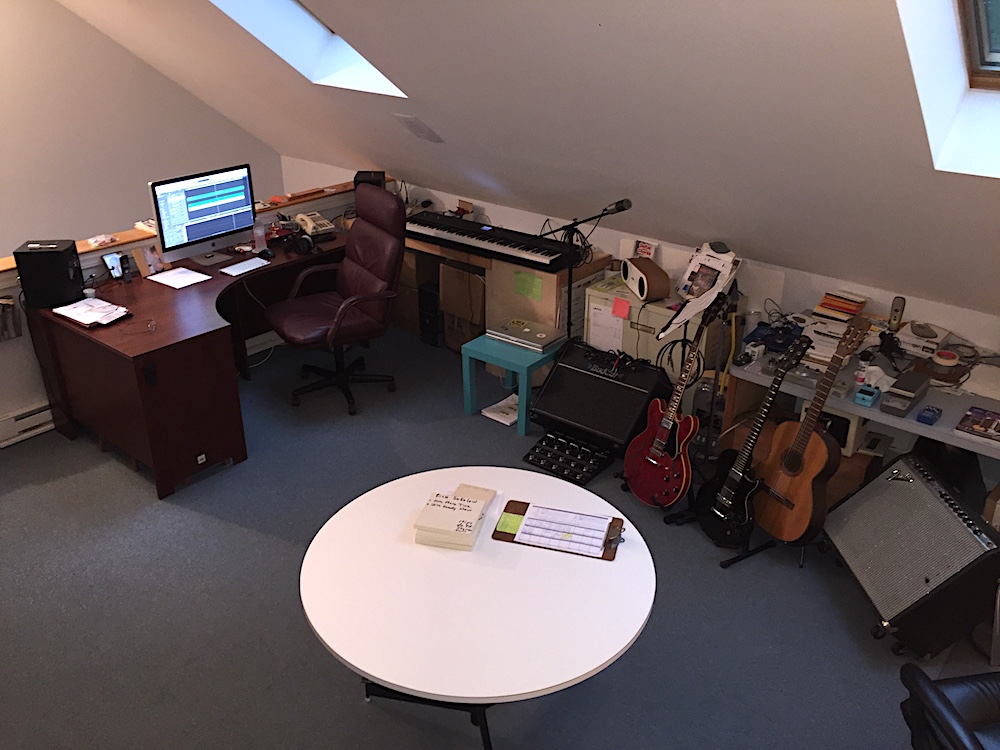 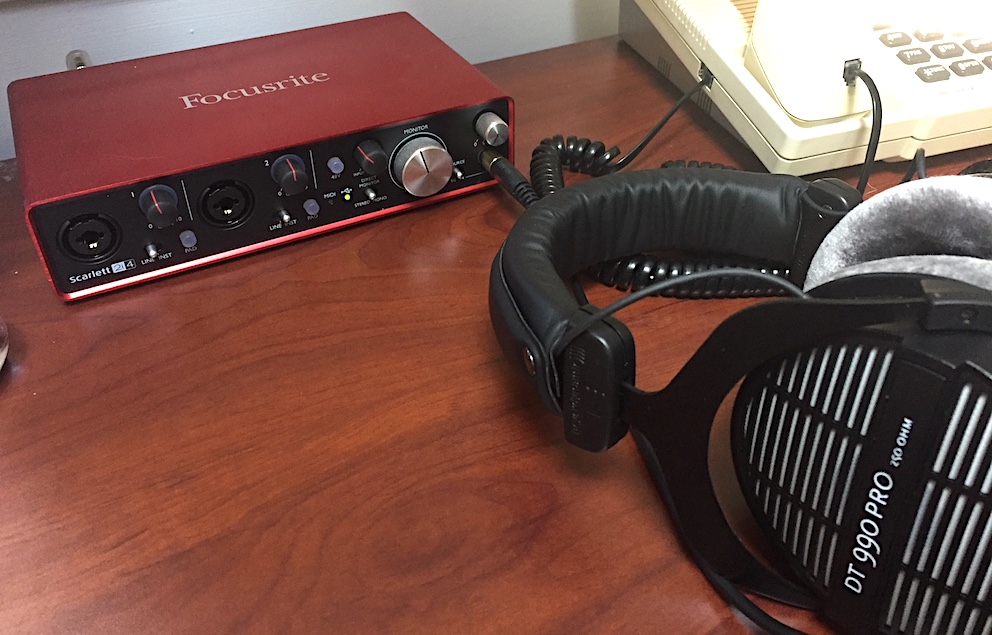 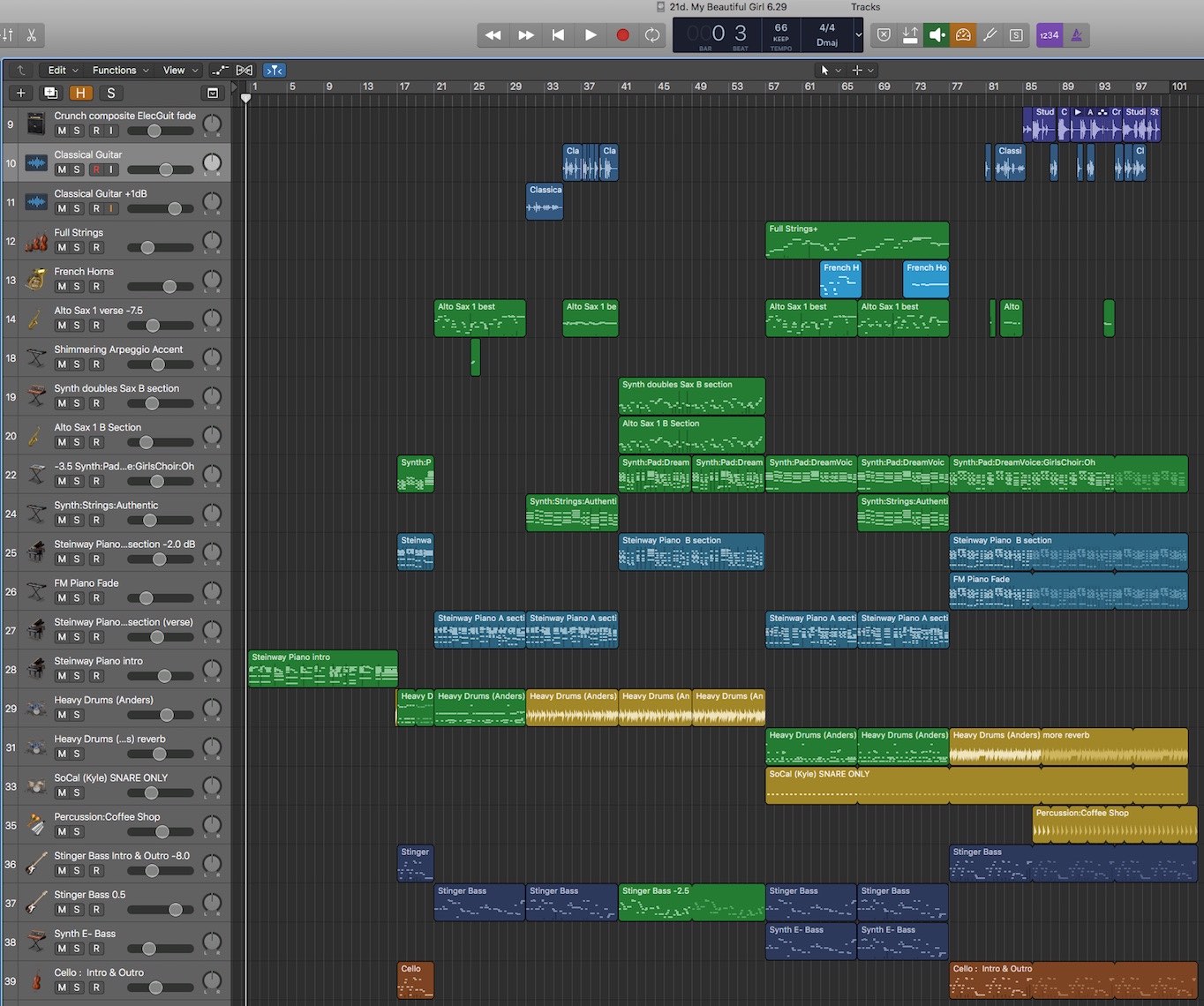